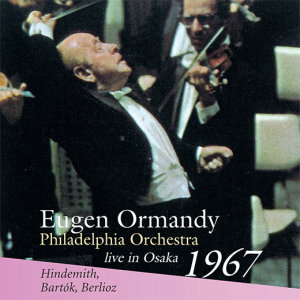 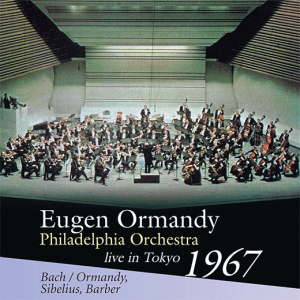 In August 1944 the great American conductor Eugene Ormandy made his morale-boosting tour of Australia, performing to audiences of Allied troops and the general public in Adelaide, Melbourne, Sydney and Brisbane. The tour culminated in this epic performance of Beethoven's life-affirming Ninth Symphony with the Sydney Symphony Orchestra and Hurlstone Choral Society in the Sydney Town Hall. This is the oldest full live orchestral concert recording in the ABC archives.

Ormandy's wartime tour of Australia was supported by both the ABC and the Australian Office of War Information, with troops being granted free entry to all the 18 concerts. General Macarthur himself authorised the conversion of an American bomber to fly the conductor and his wife and secretary across the war-ravaged Pacific Ocean. In those days it wasn't usual to record concerts. Instead the microphones would typically transmit the music directly from the hall to the transmitters and out to listeners' radios without ever being captured. But given the importance of the tour, and the enthusiastic response from audiences in all four cities, the ABC decided to record the final concert program for posterity, providing a copy to the conductor himself.

One of the many impacts of the Ormandy tour was on a 12-year-old Patrick Thomas. Already well on the way to becoming an accomplished flute player, Thomas saw one of the Brisbane concerts by Ormandy and was inspired there and then to pursue a career as a conductor.